The Martin V-BAT is the first aircraft of its size and capability to successfully demonstrate the ability to takeoff vertically, transition to wing-borne flight, and land from a hover.  The V-Bat is capable of hovering over select locations along a pre-programmed flight path before returning vertically to land or sea landing locations in highly confined areas.  With a near zero footprint, V-BAT is ideally suited for maritime operations without disrupting manned aircraft flight on or below deck.  Unique in the UAS marketplace, V-BAT does not require the assistance of launch or recovery equipment. 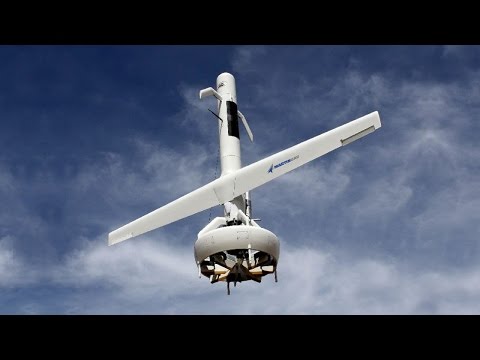 V-BAT makes the transition from vertical to horizontal flight near Panama City, Panama in support of UNITAS 2016

V-BAT recovers in a jungle clearing